(Please feel free to add the above Discovering Waldorf button to your blog. You can do this by saving the above image to your desktop and then adding it to your blog as a Picture Gadget that links to this code:

My darling friend, Dr Regalena Melrose, is back to share a personal story. I’m sure you remember Reggie’s last article… Why Waldorf Works: from a Neuroscience Perspective. I know so many of you were thankful for Reggie’s last article as it helps to see the science behind what we know in our hearts to be true. In this article, she discusses Why Waldorf Works: from a Neuropsychological Perspective and, as you’ll see, it’s every bit as compelling as her first article.

Here’s some background info for you…

Dr. Regalena “Reggie” Melrose is a licensed clinical and credentialed school psychologist with nearly 20 years experience working with children and adolescents in schools, clinical settings, and private practice. She is the author of several books including, “You Can Heal Your Child: A Guide for Parents of Misdiagnosed, Stressed, Traumatized, and Otherwise Misunderstood Children,” and the groundbreaking, “Why Students Underachieve: What Educators and Parents Can Do about It.” Dr. Melrose is an international speaker on the effects of stress and trauma on the brain, learning, and behavior and maintains a private practice healing the effects of stress and trauma in children, adolescents, and adults, in Long Beach, CA.

Why Waldorf Works for My Son: A Neuropsychological Perspective

A teacher friend of mine said recently, based upon her current observation of schools, that as long as students have what it takes to “survive” the system today, that’s what some are able to do: survive. Otherwise, students with any kind of sensitivity or vulnerability simply aren’t making it. Their shut down is palpable. Their check out is haunting.

The rise in shut down in our children today, as well as its common counterpart – anger – has much to do with academics and competitive team sports beginning earlier, progressing more quickly, and involving more pile on at every juncture. The myth that “more equals more” is what drives the faulty decisions we make to expose our children to these demands at the rate we do. Too many of us make such decisions regardless of the growing body of research that clearly illustrates that the only thing “more” is adding up to these days is shut down. There is a cumulative effect on the brain and nervous system over time of too much, too soon, too fast.

As an alternative to this mainstream approach to education, I chose Waldorf for my son, Jules, for many reasons, not the least of which is my own inability and unwillingness to even try to keep up with “the race to nowhere.” Additionally, I am aware of my son’s sensitivity and vulnerability as a result of having become what I call a “stress and trauma baby,” a child who has experienced either chronic stress or trauma.

Jules was born with a rare blood disease that began as a spontaneous mutation in his father and was thus passed on to him genetically from his father. The disease has required, and continues to require, multiple medical procedures that have been perceived by Jules’ brain and nervous system, quite simply, as encounters with death. He has told me directly on a number of occasions when facing any kind of stress, related or unrelated to the disease, that he believes he is going to die. He has many of the signs of a child who has been traumatized yet does as well as he does because of the availability of the kinds of resources that recent neuroscientific findings point to as most important.

One such resource is Jules’ Waldorf-inspired school and all the people in it. In “Why Waldorf Works: A Neuroscientific Perspective,” my first article discussing the benefits to the brain of Waldorf education, I explain the holism, play, and nature components of the school’s focus, and did so largely as a psychologist with a passion for neuroscience. However, as a parent of a “stress and trauma baby,” I now want to shed light on the fact that these foci do more than make learning and adaptive behavior possible, they heal. Holism, play, and nature heal the effects of stress and trauma, develop and/or restore the singularly essential function of self-regulation of arousal and affect, and thereby give our vulnerable children a safe and powerful experience of themselves. The Waldorf school that Jules attends in particular is providing him with a consistently secure place to learn, grow, and succeed.

Here’s how: When Jules was 3 ½ years old, as a pre-K student, his father and I began to live at different addresses and thus began Jules’ life of going back and forth between two homes. Not the dream either one of us had for our son. The stress of this transition mounted the stress of his medical history and at school he began to act out aggressively. As a team – the school, Jules’ father and I – developed a plan of action to create the necessary conditions for the possibility of an alternative response. What we knew we had to do for Jules is what we have to do for all children: The adults in their lives must create the conditions necessary for achievement and success to be possible – whether academic, behavioral, or emotional. When the conditions that make academic, behavioral, and emotional goals possible are created by us, achievement and success are not only possible, they’re inevitable!

As a team, we naturally took a holistic approach, engaging not just Jules’ neocortex, or “word brain” by trying to reason with him or talk to him about “using his words.” Neither did we engage only his limbic brain or “feeling brain” by having him notice his feelings and what led to them – also a cognitive and ineffective approach with “stress and trauma babies.” We engaged his brain stem or “sensing brain,” the brain most available to our developing children and most involved in stress, fear, and the “fight or flight” response of aggression. We did this by having Jules notice the sensations of his body when beginning to feel irritated, agitated, or frustrated. We taught him to notice when these sensations were beginning to build so he could catch them before they escalated out of control, and to implement an alternative response before the “volcano erupted.” We helped Jules to notice his body, use his sensations as physical cues, and “push hands” with an adult until the urge to do so was completely discharged (instead of hitting, pinching, or pushing a fellow student).

A holistic approach meets every child where he or she is at. It engages the part of the brain children have most access to, and therefore, holism creates success. Jules overcame his setback specifically because of this approach. Yet holism is not a common mode of operatum in most schools today, just as play and nature have been downplayed as important experiences for children in schools. Rather, we have started earlier with more academics and less of the activities that create necessary neural foundations for the natural development of academic achievement and prosocial behavior.

As a parent and psychologist with a passion for neuroscience, I support Waldorf education because of how it supports the healthy development of my son’s brain and nervous system. The kind of play he is encouraged to engage in is developmentally appropriate, spontaneous, and unstructured, just as it needs to be, according to the neuroscience. The amount of time allotted for his exploration of nature is just what we now know leads to the optimal functioning of the brain and nervous system, all of which lay the necessary neural foundation for success in every arena of life. I encourage everyone to be part of developing in all schools, whether public, charter or private the foci of Waldorf education. It’s starting to look like the self-regulation and, thereby, success of our children is depending on it.

Thank you for sharing this personal story with us, Reggie. Your son is a delight to all of us who know him and you are a shining star.

Here is Reggie’s first article… Why Waldorf Works: from a Neuroscientific Perspective.

Here are the other articles in the Discovering Waldorf Series. 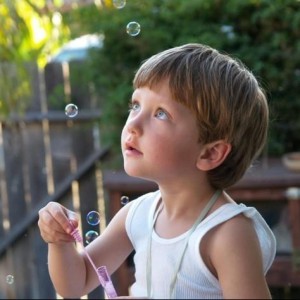