Skip to primary content
Skip to secondary content
Our yard is a blank slate… it was full of dust and building rubble until a week ago when my dad, visiting us for the week, worked with me to lay grass. Now we have a wonderful green lawn in the back and front yards. I had the best time working with my dad… we made memories I’ll treasure forever. We got our hands dirty, sweated in the Californian heat wave and spent lovely hours planning the sprinklers and steps. Thanks Dad, happy travels :-)

Now I need to spend some time making our outdoor space magical. I’m looking for a place to hang our printers tray to keep our treasures.

To see our lovely printers tray as it was in our old home, have a look at this post : A Place To Keep Treasures.

Do you have a special place for collected keepsakes?

With summer, comes lovely long afternoons outside. I water our plants, K plays in her Fairy Garden while Mr T fishes in his fountain. We keep each to our own for a while until a chore arises for us all to participate in. I have become wise with experience… if I say ‘We need to weed the roses.’ I am met with strong resistance from the two little people-unto-themselves. However, if I start to weed the roses and remark that pretty moss is growing under the clover, I have two little interested gardeners at my side asking if they can weed too. It’s fascinating! Parenting is a study in psychology!
Today, I noticed that the printers tray on the fence had become overrun with Morning Glory and when I inspected it closely, the little treasures it held were all covered in spider webs. Thus arose our chore for the afternoon.

Our printers tray is a place to keep treasured finds. The little cubbies are filled with the special shells K has collected and the favorite stones T has found. We have built up quite a collection.
The first objective was to remove all of the treasures so that we could sweep away the cobwebs.

T put them all in a bucket of water while K scrubbed them clean. We set them on the grass to dry and, while they dried, we admired them.

Then K set about replacing each clean and shiny treasure to it’s designated spot.

I can almost say with certainty that each shell and stone found it’s original place in the printers tray and I am amazed at the brilliance of the 6 year-old brain. To think that I once had a memory like that when I can hardly remember what day it is now!

We rediscovered the treasured Mother of Pearl that K brought back from South Africa when she was 3. Oh, how it shines like a mermaids tail in the sunlight.

The spiky shells given to us by a special friend.

A final inspection that all was as it should be.

A nod of approval and our printers tray was back to show condition.

An afternoon of working together, remembering old times and making new memories.
Blessings and magic,
Donni

My First Born’s first loose tooth… hanging by a thread :-(

I promised to show you how we made our Zen Garden tools.

We needed our trusty glue gun, our garden scissors, some sticks and twigs, an acorn cap and a shell.

With my glue gun, I stuck the head of the rake to the handle…

Then I stuck the 5 teeth to the head and…

Voila! The rake was complete.

Then for the acorn scooper…

I used my good ‘ol glue gun to stick the acorn head to the stick handle… Now this must be the cutest little Zen Garden tool ever! It scoops sand wonderfully and makes lovely moon shapes in the sand scape.

Now for the shell spade…

My friend the glue gun once again did his magic by sticking the shell to the driftwood handle.

So here they are, the twig rake, the acorn scooper and the shell spade. All have been played with endlessly in our Miniature Zen Garden which you can see here.

It was an overcast and windy day and we needed to blow the cobwebs from our heads. There is a beach that we call ‘The Peninsula’ not far from us. We love this beach as the sea is rough and the waves bring treasures from the sea onto the beach for lucky searchers to find… this is where we found ourselves… on top of the sand dunes, looking out over the vast bay.

To our delight, the high-tide-mark was strewn with sea treasures.

And we discovered that these sea treasures could be used to make all manner of things… Boats waiting patiently for the tide to take them out to see.

K took her nature journal to log all the ‘especial’ things we saw.

A small flock of Godwits patrolled the surf, looking for little delicacies in the sand. They were wonderful to watch as they poked their strong, long beaks down holes to find their breakfast. If you click on this photo, you will be able to see the sand still sticking to this fellows beak.

A colander full of sea treasure was collected.

When we got home, it was diligently washed…

And lined up for inspection.
The shells…

The sea bricks, worn smooth by many, many years of attrition on the sea floor… we think they might have come from the ledgend city of Atlantis.

Drift wood, rubbed smooth by the water and waves. Do you think one of these pieces of driftwood came from the raft Robinson Crusoe sailed on to find his island?

And our favorite, Sea Glass. We would not have known of the value of these little sea gems if it were not for the wonderful Garden Mama who wrote about it in this post a few weeks ago.

What treasures the sea gave us. Before we left her beach, we gazed out over her vast expanse and said a blessing of thanks and cast a wish into her depths that people everywhere would respect her bounty and protect her treasures.

Here is a story about another treasure nature gave us.
Blessings and magic.

Welcome to The Magic Onions. I’m so happy that you are here!  I am a mama, advocating for reducing the toxic load on our bodies and our emotions (and our planet) so that we can all thrive in this beautiful world, unburdened by harmful things that are holding us back. I believe that nature and essential oils and a free spirit can heal our wounds and I teach how these gifts from the earth can support us and our families through life’s ups and downs. Let’s connect if this resonates with your heart.

We are a Waldorf inspired family. The Waldorf way of life has brought us so much joy. From parenting through the early childhood days and, now, into the teenage years, I am eternally grateful for the magic it infuses into our days. Anthroposophy and Waldorf philosophies have been an anchor for our family in this uncertain climate and I can’t recommend this way of life highly enough. If you are wanting to bring Waldorf ideas into your home, I share exactly how you can do this, easily and effortlessly, in my Waldorf Workshop.

The last thing I want to share in this little introduction, is that I am a breast cancer survivor. I feel vulnerable sharing this because it is still so new and raw in my life. But I am cancer free today because other women were brave and beautiful enough to share their stories with me. I feel compelled to be that for you if  you (or a loved one) are facing these same fears I faced not so long ago. I am an open book to you and will share my journey freely, so if you want to ask a question, share your story with me, laugh or cry, please get in touch…              (I mean it!)

Big blessings and magic to you, 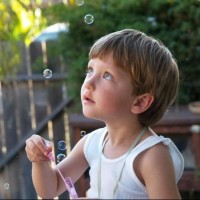